I have been a fan of this phrase and it has served me well in the past, yet now  I find myself a little bothered by it. Why? Because it’s stupid.

Haha. Okay, that was a little immature but on a serious note. I like the good old fashioned sayings that are one size fits all and hold relevance and truth no matter the situation.

Like, to give is better than to receive or it’s better to have loved and lost than to not have loved at all. (Even though it is contrary to what Teddy Pendergrass told us “it’s so good, loving somebody when somebody loves you back. And that’s a fact.”) Yet, these phrases make sense and I get it and it works the majority of the time.

But the whole if it looks like a duck thing…sometimes it works and sometimes it doesn’t. Especially when it comes to the topic I’m about to get into…

Scripture says you will know men by their fruit {Matthew 7:16} fruit meaning, works/the things they do… and out of the abundance of the heart the mouth speaks {Luke 6:45}… and as a man thinketh in his heart so is he {Proverbs 23:7}… From these I gather that a man is literally what he thinks– his character is the complete sum of all his thoughts. And, whatever is in a man will come out of a man. And, you will know a man’s heart by his actions.

Take note ladies. What a man thinks, is who he is. What he says, reveals what is in his heart and you will know his heart by what he does. Words and actions are all tied up into who a man is and what he really means.

As women, we sometimes get into relationships or to be more up to speed on the current state of this generation, we get into “situations,”where things between us and the objects of our affection are undefined. We like this person. They like us. We go out on dates. We talk on the phone. We’re intimate- physically and emotionally. He told you he loves you. Yet we find ourselves wondering—what is this? And we may rationalize and argue that if it looks like a duck(relationship) then it must be a duck(relationship). The thing is though, no matter how much it looks and walks like a duck or sounds like a duck when you tell your girls about it—

Oh but he said he loves me.

So. I say all the time that I love chocolate. I don’t want to marry it though.

Oh, but he texts me good morning and emails me at work.

A man who is emotionally available, ready, and willing to be in a relationship with you-will make his intentions clear and so will a man who isn’t… from the jump. It will not be 3 weeks, 5 months or 2 years down the line. He will tell you and show you what he wants from the very beginning. Go with that.  What comes after will either line up with what he said or fall into the category of just acting.

Get it? We get an actor, when we settle for a duck.

DON’T settle for a duck!

This is your life. Not a Lifetime movie based on a true story. Real life. And you want a real man. You don’t want someone acting like they are your man and actually playing the field, no more than you would want someone acting like they are straight when they are actually gay. Yet you fall for the guy who auditions really well- envisioning your life together with the 2.2 kids and white picket fence all because he’s got the look and knew his lines. Of course he does! He’s done this before. He’s rehearsed his monologue dozens of times and recited the same words for every open casting call. And he gets the part- every time. Because he is a duck. Stop giving the role of a lifetime to a duck.

A duck will milk that role for all it is worth. He will walk the line of being with you/not being with you so carefully that you will not even notice that his waddle is off. He will slowly go from pursuing you to only doing the minimum necessary to keep you interested. You’ll think he is opening up and you’re getting closer, when he’s just getting more into character, based on the script YOU gave him. He will look like, walk like, and quack like a duck yet you will insist that he is your man!

Stop talking to the ducks. Stop dating the ducks. Stop entertaining relationships with a duck. And for Christ’s sake, stop sleeping with a duck, when a man is what you really want. Stop hosting auditions. Stop looking. “He who findeth a wife findeth a good thing…” {Proverbs 18:22}

Your leading man may not say or do all the right things. (And you won’t either)But, he will come at the right time and he will be just right for you. He will come without the guessing games. He will mean what he says and do what he means. He will look like, walk like, talk like and BE a man.

And chuck the duck.

One thought on “Don’t settle for a duck” 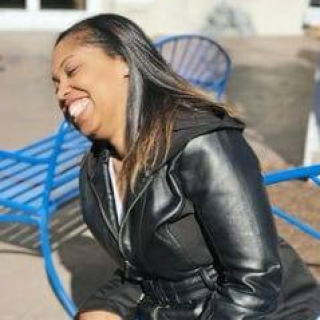